This post was originally published on the Geometry Girl ‘app novel and research project’ website. Even though it ends with a cliffhanger, it was the last post about the project. Geometry Girl later became ‘Lotus’.

When director Bram Ruiter made a trailer for my previous novel, De Verdwijners (The Disappearers), I realised I’d wanted to have it earlier. Then I could’ve adapted the descriptions of the characters to the images for a more coherent ’transmedial’ experience, and who knows what other creative sparks they could’ve caused. Better yet, I’d wanted a trailer beforehand, to inspire the entire project.

For Geometry Girl I haven’t gone as far as having a trailer made (Bram is busy, I think), but I did set illustrator Tim Hengeveld to work on developing the characters. The briefing for Tim alone helped; he forced me to describe these people to him in more detail, which forced me to make decisions that I’d apparently, subconsciously, postponed. And as soon as I’d made those decisions, it led to new ideas. Finishing something, even it’s just an ‘intermediate product’, leads straight to creativity, it seems.

Tims drawings made me happy too. Especially the illustrations of Berend Smit, the business partner, and the Japanese game developers, the Kojima twins, put these figures in a different, usable light. It was an interesting cross pollination between Tims work and mine, that also raised the question why I wouldn’t use these in the final Geometry Girl app. (One decision I’m consciously postponing a bit more.)

So here are Tim’s sketches, and my current, evolved notes for each character: 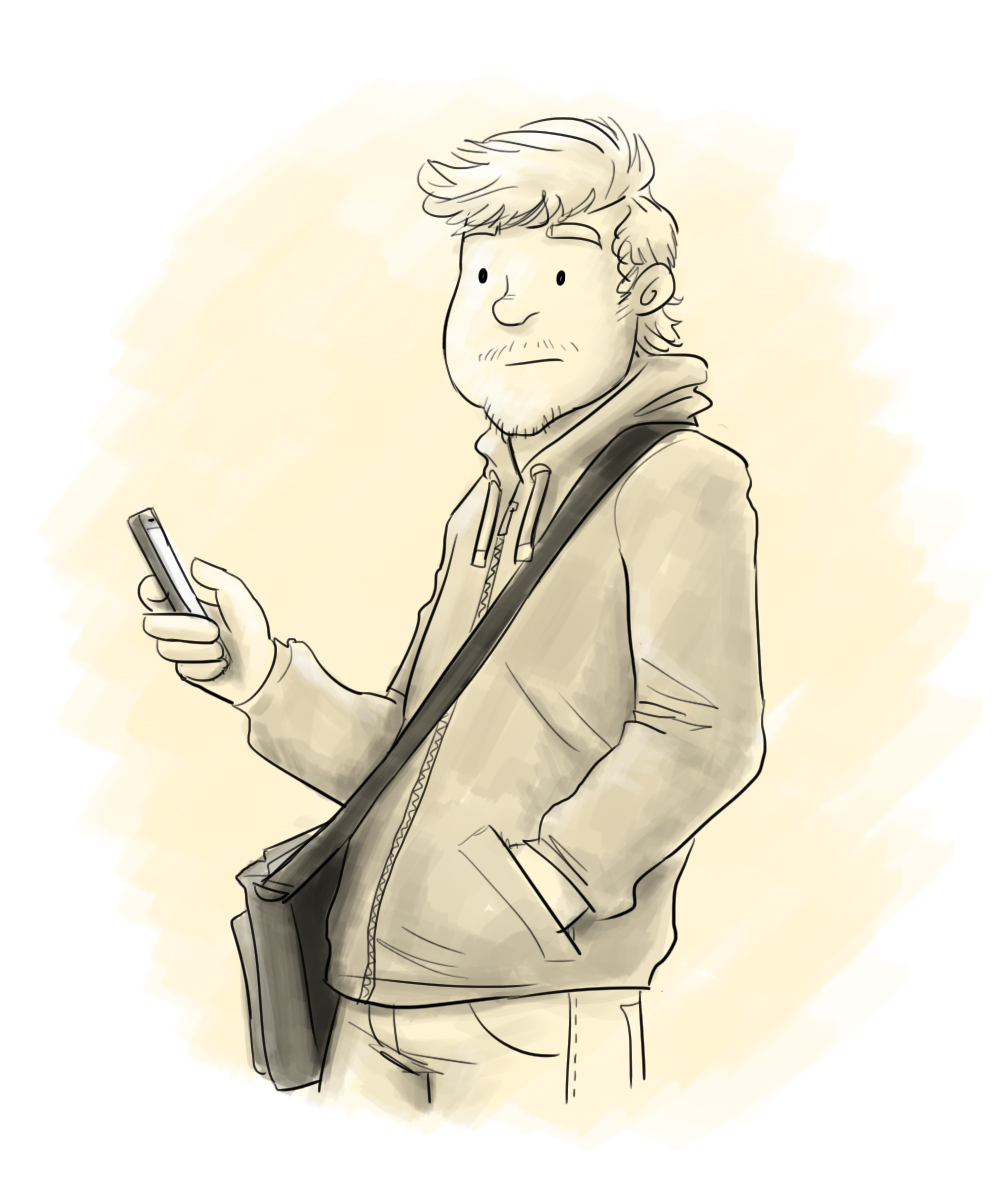 The main character. 21 years old. Former boy wonder, still a brilliant programmer. Silent type. Realises he no longer wants to help others with their problems, but make things himself instead. Thus he becomes a game developer. Early in the process of his first title, a wannabe business guy named Berend discovers Luc’s plans and gets excited. Thus Luc finds himself traveling to Los Angeles to show his game at a trade show… while his game is not ready at all. To make matters worse, his kind-of girlfriend Sadie just broke up with him, and he also discovered he has diabetes. It’s a recipe for (mental) disaster. 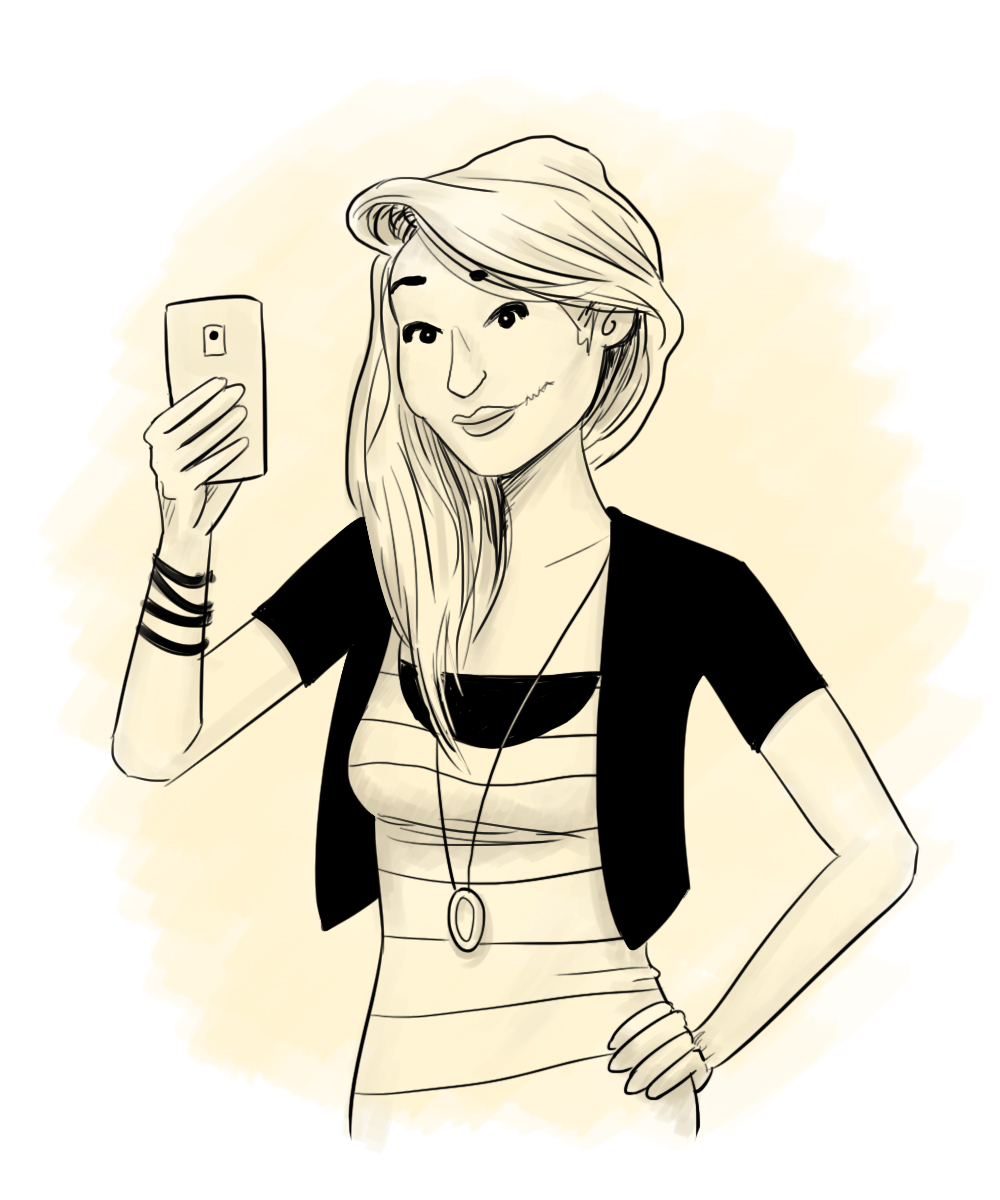 The love interest (and social media starlet). 17 years old. High school student. The scar in her face is a reminder that a dog bit her when she was just 8. She’s quickly becoming famous through her live video feed. She has a lot to thank Luc for (re: the feed technology), and she really likes him… but at the same time, the outside world is welcoming her with open arms, and she feels she has to move on. Mostly out of guilt she keeps in touch with him while he’s in LA. That is, if the internet connection is feeling cooperative. 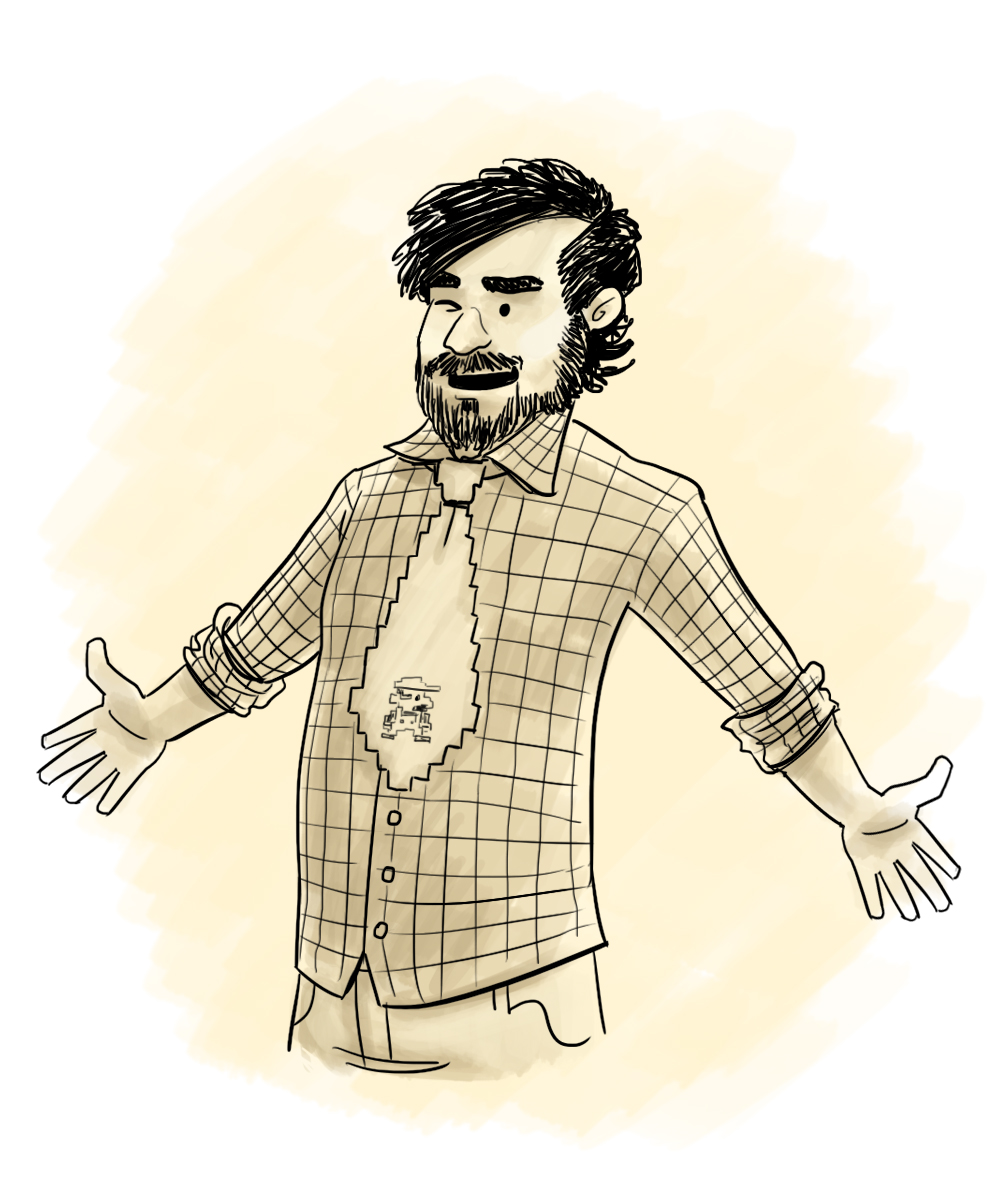 The business partner. 35 years old. Always energetic. Over-the-top optimistic. Found Luc through Twitter. He’s tried many things in business (and life), and failed just as many times. But somehow he’s still not defeated, and he’s sure he’ll make it this time, in the games scene, with Luc’s ideas and programming talent. Berend’s father funds the project, but it’s unclear just how deep the treasure chest is… 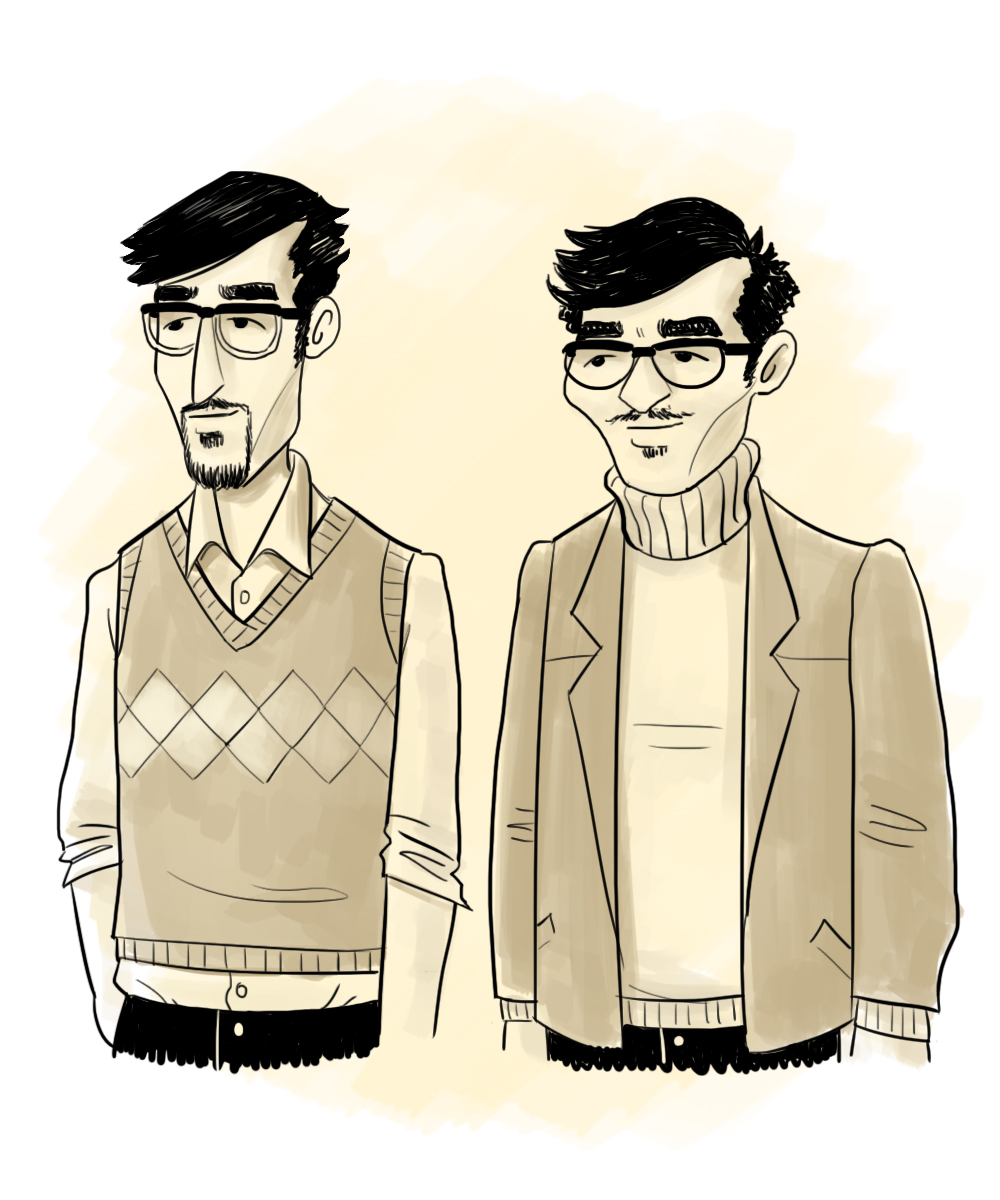 The recluse game developer brothers, both 38 years old. They’re world famous for their simulation game Fantasy Fortress, which they’ve worked on for the last 15 years and which just happens to be Luc’s big inspiration. The Kojima’s don’t care about money, and just want to continue making their game deeper and more complex. They hate the fact that they have to be at E3 and don’t like to work with anyone except each other. Although their demeanor is always composed, they’re rather paranoid below the surface. 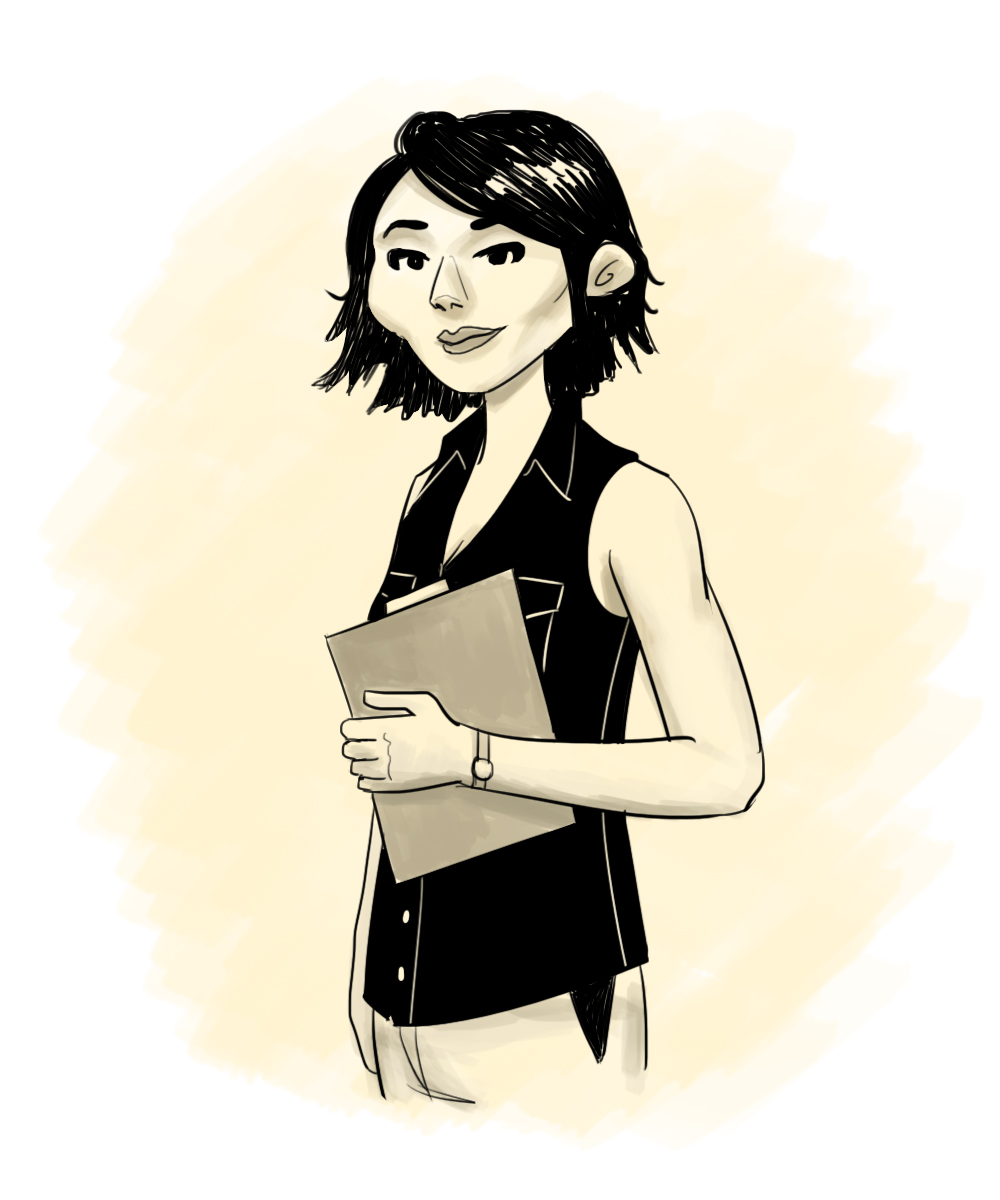 The conference fling (and action hero). 25 years old. As the Kojima brothers’ PR representative, her job mainly consists of steering press away from the twins. She came to the US to go to college, before landing this gig. She’s very lonely though, and recognizes something in Luc. Luc likes her too, and soon she’s the ‘geometry girl’ of the game Luc is making…

Next up: how I further developed these characters during story workshops with students.