Besides creating my own video games publications like GameSen, n3 Nintendo Magazine and Bashers, I worked as a games journalist for newspapers, magazines, internet and TV for nearly two decades.

For years, my main client was quality newspaper NRC Handelsblad. Archives of my NRC articles and other articles are on this website for posterity. Two favorite pieces (in Dutch): a Vlambeer report from before they were cool, and a profile of the Finnish games industry, for which I traveled to Helsinki with academic David Nieborg. Want English? Check out this interview with Derek Yu, the developer of Spelunky, and someone I admire.

As an avid player and experienced writer with a deep interest in how games are made, it always made sense to also work on the production side. Among other things, I worked as story director, copywriter and consultant. Relevant examples and testimonials are below.

Can I help out on your project? Get in touch! 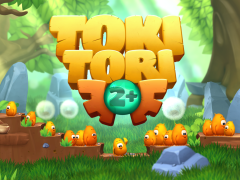 Toki Tori 2 (2013) is a puzzle adventure game. I worked with game studio Two Tribes to create an original world, its mysterious backstory and a bunch of text-free cut scenes. I also watched over the integrity of the whole.

Of all team members, Niels may have had the most impossible task: writing the story for a game without text. This didn’t keep him from coming up with something fun and even somewhat profound. What’s good about the collaboration with Niels is that he’s hands-on with everything, from creating the game world in Lego blocks to helping out with tiny gameplay details. For our next game, which does include text, we’re working with Niels again, which should say a lot about how we feel about his work.
– Collin van Ginkel, creative director Two Tribes 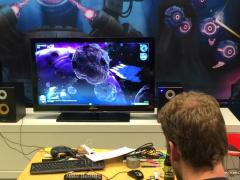 The project Collin hints at since came into fruition, as action game RIVE (2016). I was involved from the beginning, developing the setting, characters and narrative, and writing and implementing all dialogue. RIVE became a thrilling, varied action game with a meaningful and funny story. And a shit ton of explosions! Watch me talk about the conception of the game here: 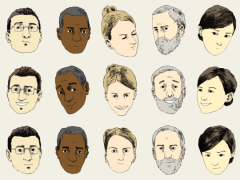 Code 4, Ripple Effect and Free Birds are applied game projects developed by design studio Hubbub. I helped create the story world and characters (such as the Ripple Effect advisors shown here) and wrote both functional and narrative text.

Niels made sure his work gelled with that of the game designers, graphics designers, and developers. With both projects it was a challenge to find a balance between fun, comprehensibility and the intended learning effect. Niels is a versatile professional who makes informed choices, has a tight grip on his process and communicates well. He’s a team player who knows a lot about what’s involved with game design and development. This enables him to tune his work to that of others, choose new creative approaches and contribute to applied game projects that truly make a difference.
– Kars Alfrink, founder Hubbub 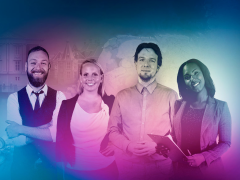 Een gezonder Nederland in 2040 is an applied game project made for RIVM (the National Institute for Public Health and the Environment), based on an exploration of the future of health. Before Ranj was signed as development studio, I researched the possibilities.

Niels made an excellent overview of globally available tools and games around the theme of public health. He also organized a design exploration, in which different forms for a VTV-2014 game were discussed. Based on the research and exploration, he wrote a briefing that was used during the tendering process. The collaboration with Niels was enjoyable, as he could provide a link between the world of public health research and the world of gaming. Niels works constructively and punctually, important for a project that’s under high time pressure.
– Jeanne van Loon, project manager VTV-2014, RIVM