Last Friday, Nintendo released Pikmin 3 in Europe, its first truly compelling 3D adventure game for Wii U. Playing it feels like a bit like stepping into a time machine, to a 2007 in which the company released a more powerful HD console instead of a GameCube extended with motion controls. It’s glorious: detailed, well-made, unique, addictive.

The game has a somewhat unfair mission: saving the Wii U in a time when Nintendo isn’t doing all that well. The 3DS’s fortunes seem to have been turned for now, with a lower price and an impressive, growing game library. But a similar revolution seems tough to pull off on the Wii U front: a price drop should be nigh-impossible for the console and tablet combo, as they’re already being sold at a loss. And at 3.5 million units sold, really taking advantage of the economies of scale seems quite far off.

Simultaneously, Nintendo’s Entertainment Analysis & Development (EAD) department is having a hard time scaling up to full HD quality, making a 3DS type software avalanche wishful thinking at best. In all, Pikmin 3 is the first great EAD game since New Super Mario Bros. U in November, and it’s not a typical system seller, while something essential like Mario Kart 8 isn’t arriving until next year.

Despite all this, I got the chance to do a Pikmin 3 interview with Shigeru Miyamoto, the general manager of EAD, and, oh yeah, a living game design legend as well. The interview was done via email for nrc.next, a Dutch daily newspaper. The email setup wasn’t ideal, and time constraints at Nintendo’s side kept me from sending in some follow-up questions. Still, I think there’s some interesting stuff in here. So for your reading pleasure, here is the unabridged, lightly edited transcript of our long-distance conversation. 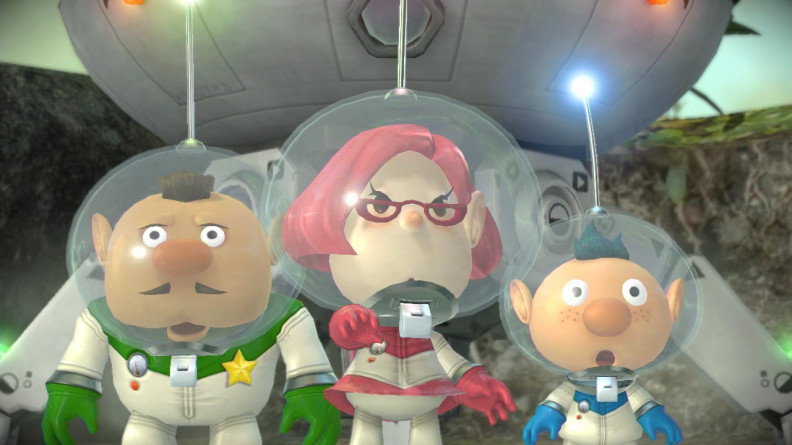 Pikmin contains puzzles, adventure and strategy. How do you categorize it yourself?
“It’s an action game in which players make a number of Pikmin work, and the Pikmin move with artificial intelligence (AI), so I call it ‘AI action’.

“Although it’s basically an action game, there are some other elements such as puzzle-solving, simulation and realtime strategy, as you mentioned. Hence, I consider Pikmin a new and original type of game that includes all of these aspects. You could call it a puzzle game in the sense that it gets more and more fun as users play and work out a way to meet their objectives.”

Pikmin shows how harsh nature can sometimes be, like when a bunch of your helpless carrot men get eaten by a gigantic lovebug. Is this something you set out to convey?
“The game was not designed following a particular theme, but the ‘harsh reality of the nature’ aspect does come out well, as we tried to follow the natural order of life. This aspect of the game also leads to emotions that people never felt before while playing other games.”

The game is also about multitasking. Quite apt in the current age.
“In Pikmin it’s not easy to give instructions or do tasks efficiently, making it feel good when you actually accomplish them. I believe that this is the common element from the very first Pikmin to the latest one. If you play Pikmin 3, you might acquire the skill to be efficient in your real life as well!” 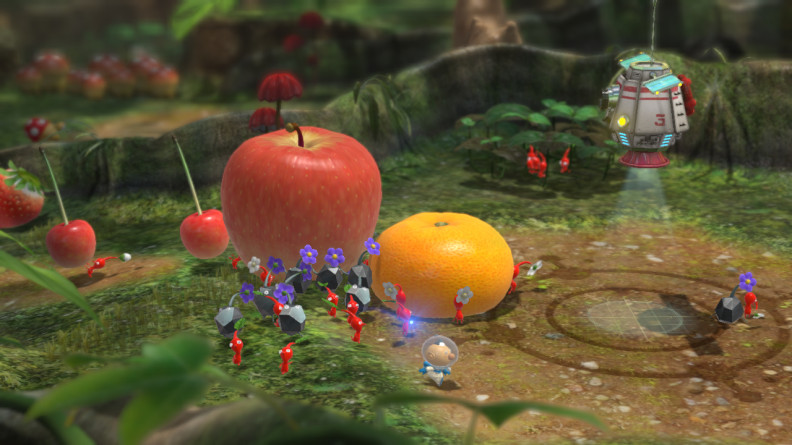 How did the original Pikmin concept come to be, more than ten years ago?
“There are various starting points, but we exhibited a tech demo called Mario 128 [at the GameCube reveal at the Nintendo Space World event in Tokyo in 2000]. This demo displayed many Mario characters on-screen at once. At that time, I thought it would be fun to watch creatures moving around following your own instructions, which later became one of the main ideas of Pikmin.”

Pikmin became possible because of the power of the GameCube, which could draw a hundred Pikmin on-screen. Why don’t you make a thousand-Pikmin-game for the even more powerful Wii U?
“Of course, it’s not because there isn’t the possibility for increasing the number of Pikmin. We believe that a hundred is a good number, as the game is about constantly thinking of how to control and allocate roles to Pikmin.”

It’s been almost a decade since Pikmin 2 came out. Aren’t you afraid that people have forgotten about the series by now? Is there a maximum period of time you can wait to make a sequel?
“We don’t have any particular rule as to when to make the next title, and it doesn’t depend on how long it’s been since the latest title had been released. Of course, it is important that users do not forget about a series. Fortunately, in this case, we feel that people still remember the Pikmin characters.”

You first hinted at the existence of a Pikmin 3 in July 2007. That’s six years ago. Can you describe the game’s development path in the meantime?
“Even before 2007, right after the release of Pikmin 2, the development team was already working on a test production of the next Pikmin. In fact, each time new hardware such as Nintendo DS, Wii and Nintendo 3DS came out, they did a test production. All the ideas that came up then, were applied to Pikmin 3.

“This process is not only applied to the Pikmin series, but to the others franchises as well. Roughly, a small team of about five staff do various experiments at the stage of the test production, and then we increase the number of staff dramatically when the title starts to be developed as an actual product.”

How involved are you personally in a game like this?
“I am involved in it as a producer. My role was mainly to discuss the system of the game and its main direction, rather than the [visual] design or animation.”

Is there an element that you really made your mark on?
“There is no element that I can say is ‘mine’ completely, as I have developed the game together with other staff. I, however, took particular time to discuss how the Wii U GamePad should be used and what the most comfortable operation method would be.

“Another big discussion was the benefit of creating new types of Pikmin that are different to the ones in Pikmin 2, and how they might change gameplay.

“As the main staff such as directors and programmers have been involved from the first Pikmin, I was happy and confident to work with them on this title, so development was easy.” 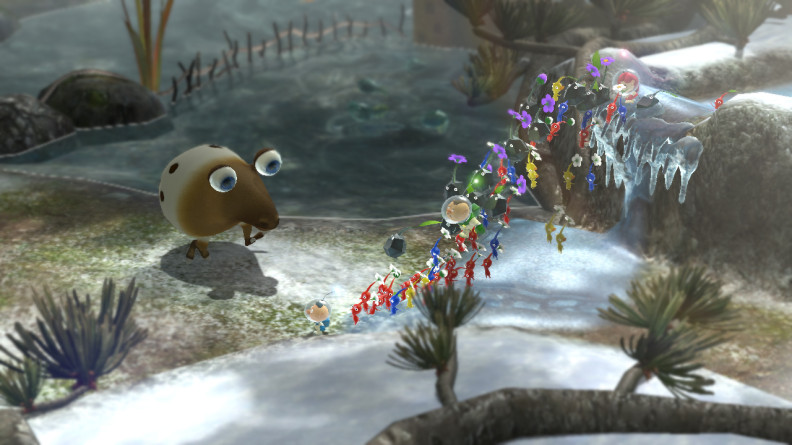 A Pikmin animated cartoon is being made for Nintendo 3DS. Why do you feel this game lends itself to such a media extension?
“We have been working on an experimental computer generated (CG) animation production in the past few years with the purpose of making users aware of interesting gestures of Pikmin that cannot be seen in the game. We believe that the fact that it’s CG animation fits well with the 3D feature of 3DS.”

If I’m not mistaken, Pikmin was the last time you worked on a truly new adventure type game. Don’t you miss this?
“I happen to be working on a completely new game even now. The project is actually getting busier lately.”