Recess! is a correspondence series with personal ruminations on games.

Kars is right: immediacy is not the only road to ludic redemption. But it’s a quality of video games I’ve always enjoyed, which this medium may be uniquely equipped to deliver (in this amount anyway).

I was playing Remembering the other day, from our friends at SonicPicnic and Monobanda. First of all, as the game suggested, I plugged in some headphones. But this was not enough. I switched off the lights. Turned up my laptop’s brightness. I actually dusted off my screen for the first time in months. Then, I moved in as close as I could. Of course, I was trying to optimize my audiovisual experience by making it even more immediate.

(Disclaimer: I was involved in the conception of Remembering. Some of my three-act-structure thinking may still be in the prologue, though the third act consists of just one screen.) 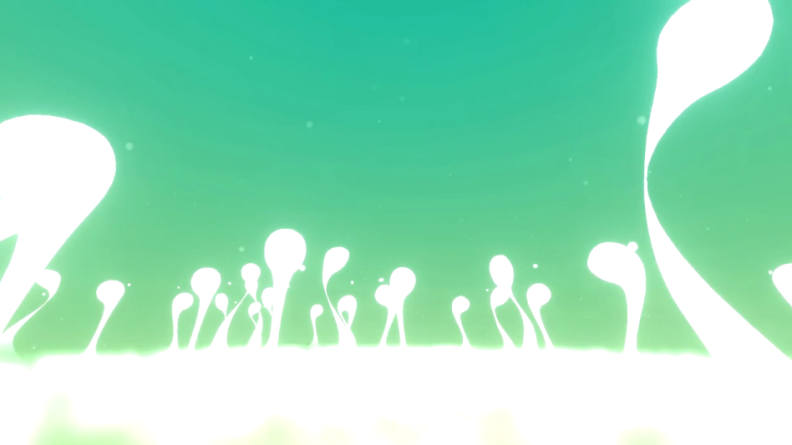 I also tested the Oculus Rift the other day. Obviously, virtual reality exists by the virtue of immediacy. I remember trying on a VR device in the nineties, playing the (vertically oriented!) FPS Descent on it, with a terrible delay between the head-tracking and the graphics, which confused the senses and caused motion sickness. The only reason I didn’t throw up was that I was still in my teens, flexible and resistant.

Even though the Rift pretty much removes the lag, sweat still broke out, my heartbeat went up, and I was told that my face turned red, too. This was a little more immediate than I’d bargained for. Or was it? One demo allowed me to walk around a mediterranean house. There were specs of dust in the air, with a real sense of depth. I had a nice view of the countryside. Most of all, it felt hugely liberating to be able to move my head to look around. Death to the camera stick: the more immediate, the merrier.

Is VR a dead end? Technofetishistic nonsense? All I know is I’d love to try a Rift version of Remembering.