Last week, I made an active effort to play more games, including Game & Wario (Wii U), Hotline Miami (PS3) and Don’t Starve (Mac). 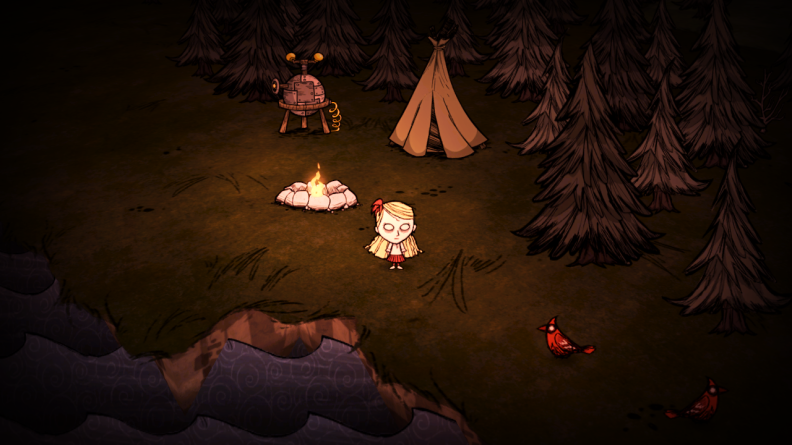 I also prepared for a couple of articles that are upcoming, including one about ‘paid alpha’ games for nrc.next (written and printed by the time these notes are published) and one on art games for 609.

On Monday, I wrote a column about making games myself in Game Maker, which was published in the paper on Tuesday. It was intended to also be about the Creative Game Challenge, but I didn’t have enough space. It’s online, too (in Dutch): Zakjes, steentjes en lussen.

Early in the week I spent probably too much time on my Game Maker prototype, most of it trying to get a group of floating blocks to drop as soon as the group was no longer touching a wall. I tried various approaches, but none of them played out. Just couldn’t wrap my head around the problem!

On Wednesday morning, I went to Nieuwegein to play some E3 preview games at Nintendo’s Dutch office. On Wii U I played Super Mario 3D World, Donkey Kong Country: Tropical Freeze, Mario Kart 8, Sonic Lost World and Bayonetta 2. On Nintendo 3DS I played Yoshi’s New Island and The Legend of Zelda: A Link Between Worlds. I liked the new Mario the most: the cat suit and the glass pipes seem to be nice additions to the series. Despite this, it feels like Nintendo’s EAD Tokyo team is taking it into a somewhat conservative direction after the brave and lovely Super Mario Galaxy games. 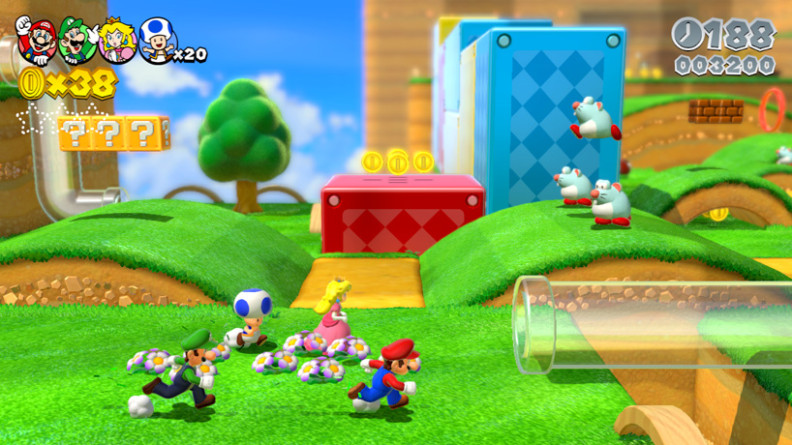 On Thursday night, it was time for my weekly game making get-together with Hessel Bonenkamp. He solved my floating blocks conundrum, kind of, by giving it a name: the flood fill problem. This got me on the right track to find some example code, after which I concluded that it’s way too hard to pull off for me at this point. That’s good, though: it means I can file it away for now and focus on other stuff in the meantime.

In other news, my prototype is now in a pretty atrocious state, halfway through rewriting everything and hardly functional. Unfortunately, things got a lot busier, so I didn’t have time to continue working on it beyond my hobby night.

Finally, I got a typesetting test (or whatever it’s called in English) for the first few pages of De verdwijners, my novel that’s coming out on August 29th. I gave my OK to this design.