Last week on Monday, I wrote a column for nrc.next about SteamOS. It’s online here (in Dutch): De stoommachines komen. It’s my last piece for the paper in this particular form. Luckily, reviews, interviews and background stories will continue as usual. 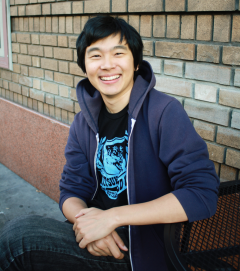 I also found the time to put the full transcript of my conversation with Mossmouth game designer Derek Yu online (in English): My interview with Spelunky’s Derek Yu. It took place in early summer, and parts of it were already published (in shortened form, in Dutch) in nrc.next and Official PlayStation Magazine.

During the week, I put a lot of time into the Toiletten app, which will hopefully be finished soon. Programmer Ricardo Blommers at Codeglue worked hard too, putting out daily test builds. It’s shaping up pretty nicely!

On Tuesday I visited Two Tribes to continue talking and thinking about its next game. It’s early days for this project, and I’m just trying to wrap my head around it at this point, bouncing silly ideas off Collin van Ginkel.

On Wednesday I visited the Dutch Foundation for Literature to talk about a future project that I’m trying to get funded, called Ninja Gimmick Girl 2.0. Technology-wise, it’s the sequel to the Toiletten app, but the content is very different. Producing it will be pretty all-encompassing.

Thursday night was game development hobby night with Hessel Bonenkamp, which resulted in a new version of my semi-procedural growing vines demo thingy.

On Friday, literary magazine De Gids published a short story of mine on its website: Hou me vast of ik hyperventileer.

I originally wrote this story a few years ago, as an exploration of what serious games could be capable of. I read it in front of a huge room packed with very serious people. This was a lot of fun by itself, but I felt like the story could stand on its own. So over the years I tweaked the story and tried to get it published. I’m happy that it has finally found its place. This version is the tightest yet, and I have to thank Jacco van Uden, Maarten Geers, Martijn Knol and the editorial team at De Gids for making it possible. 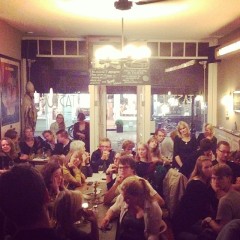 Saturday night, I attended the literary quiz at Tastoe in Utrecht, which is like a pub quiz but with books. For the first time, the organisers asked writers to present the three rounds, where the questions followed the writers’ literary inspirations and preferences: Maarten van der Graaff, Peter Zantingh and me. I was told that our presence totally upended the usual goings-on: the classic Dutch authors were nowhere to be seen, and Americans dominated the quiz. Tastoe is a rather small restaurant/café, and the place was nearly bursting at the seams. Loads of fun.

Over the weekend my De verdwijners survey closed, with more than 60 entries in all, which I’m very happy with and very thankful for. (Actually, I’m not technically closing it. You can still fill out the survey if you’ve read my book, but I can’t guarantee your feedback will end up in my report.) Now, please excuse me while I analyze the results!