Last week, as a ‘slacker backer’ of Double Fine Adventure, I started playing Tim Schafer’s Broken Age (the beta became available to those who’d donated). I also finally started watched the accompanying documentary series, which is excellent. It feels like it was made just for me, showing the creative process in its entirety, from the first idea to the final game. I wrote an article about Kickstarter, the game, and the documentary for NRC Handelsblad, which was published yesterday. 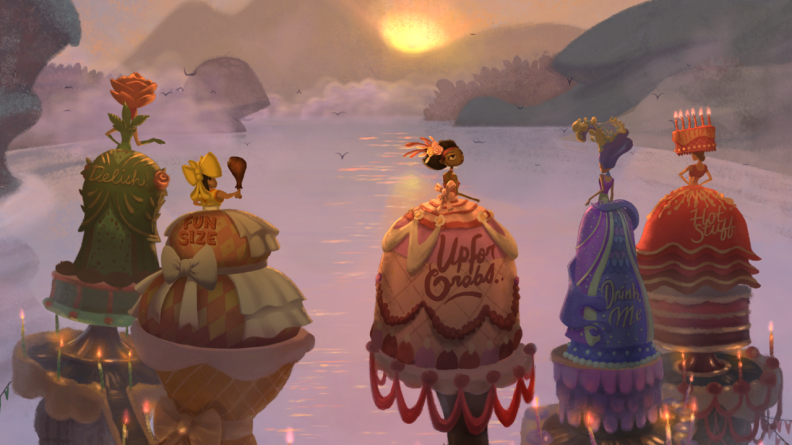 On Tuesday, I made plans for two upcoming business trips with David Nieborg, who will be my traveling companion. In late February, we will fly to Helsinki to get a taste of the booming Finnish games industry, and in early March, we will fly to San Francisco (and Silicon Valley) for some studio visits and the Game Developers Conference 2014. It’s been a while since I went abroad, so I’m really looking forward to these.

After that very practical get-together, we met up with our NRC compadre Arjan Terpstra, to have lunch with Dr. Jan Klabbers. We were honored to be invited by this big name in simulation science, and he gave us some valuable advice for our writing.

I then headed off to Bilthoven, for another session at my current big consultancy client, where a panel of experts provided feedback on the list of requirements I’d drafted. By the end of the week, an appetizer was sent out to a handpicked bunch of capable development studios. Hopefully, a subset of those is interested in tackling the applied game my client wants.

That night, I checked out a new game by two of my favourite Dutch game designers, Jan Willem Nijman and Richard Boeser. Navigator was playable at Café De Bastaard in Utrecht, where my buddy Bram Ruiter was also shooting a documentary of some kind. Read this Control report (in Dutch) for more.

On Thursday, I visited Two Tribes in Amersfoort, for the first time since things went awry (which I wrote about last week). They’re still in the same space, but planning to split it in half; the location of a new wall was marked on the floor with tape, cutting right through the company’s logo.

Besides obvious symbolism, I felt an upbeat sentiment, too. Now that the bad stuff is mostly dealt with, they’re prepping to jump into the development of a new game. I got some homework for this, mostly around the identity and backstory of the main character. Should be a fun project.

That afternoon I met with Tim Hengeveld to work on my iPad novel Ninja Gimmick Girl 2.0. We mostly brainstormed, and identified some tasks. I really have to get started on the next grant application, for example.

That night, I had my weekly game development get-together with Hessel Bonenkamp, during which I finally started to get into the Unity 3D tutorial I’d been working on for a while. For now, I’m ignoring the fact that I have no clue what’s going on in the C# script I’m copy-pasting. I kind of miss Game Maker in this sense, but I don’t want to go back to it as long as the OS X version is outdated and clunky.

On Friday, I met with Thomas Rueb and Kim Bos at nrc.next. They’re my editors at the Doen section (‘Do’, complementing the ‘Know’ and ‘Think’ sections), and we agreed that we’d step up on our mini game review schedule. From now on, I’ll write and/or edit two reviews each week, which should usually appear in the paper on Thursday.

Finally: Saturday night, board game night with Kars Alfrink and others. We played Maharaja and Quarriors, both interesting. Sunday was movie time with Cinderella in the afternoon and The Wolf of Wall Street at night.