Last week I traveled to San Francisco. But first, on Monday, I wrote an article about games for popular science magazine KIJK. I also worked through a lot of email and packed my bags. I then picked up Mia from school early. She helped me to buy new shoes and get a haircut.

On Tuesday, in the plane, I finished The Everything Store by Brad Stone, about Jeff Bezos and Amazon, which was surprisingly good. I also played Symmetrain and Oquonie on my iPad, and worked on my (way overdue) De verdwijners read test report, and on an outline for my next novel, Sexy Sadie. I can’t not work on that book right now.

I then met up with Robert Gaal (who works at Google) and Holly Habstritt (who works at Mozilla) in their pretty suburban home in Palo Alto. We went to Celia’s Mexican Restaurant, where I had chimichanga’s, after which I slept like a baby in Robert and Holly’s guest bedroom.

On Wednesday I met up with academic and fellow journalist David Nieborg, who’d just flown down from Boston and rented a car for us. We then visited the Apple campus in Cupertino, where I bought a shirt in the company store, wholly embracing my fanboyism. Finally we drove to Santa Cruz and had dinner at Hula’s Island Grill and Tiki Room.

On Thursday, we visited Appsfire, where we interviewed founder Ouriel Ohayon. Then we drove to Stanford University, where we met up with Eva de Valk. She’s an NRC freelancer like us, and she’s currently working on a book about Silicon Valley. For the rest of the afternoon, we hung around in the beautiful campus area, after which we found a hotel in Berkeley, dropping by the In-N-Out Burger (and the Walmart) along the way.

On Friday we came to San Francisco, first visiting Finnish games company Sharkpunch and founder Jiri Kupiainen. We then interviewed Guido van Rossum, who invented Python and is now working at Dropbox. It was great to hear his life story, and to visit the amazing Dropbox offices. Finally we visited Holly at Mozilla, for a quick office tour and rooftop chat. Then we drove to Pacifica, and walked to Nick’s Seafood Restaurant for dinner. 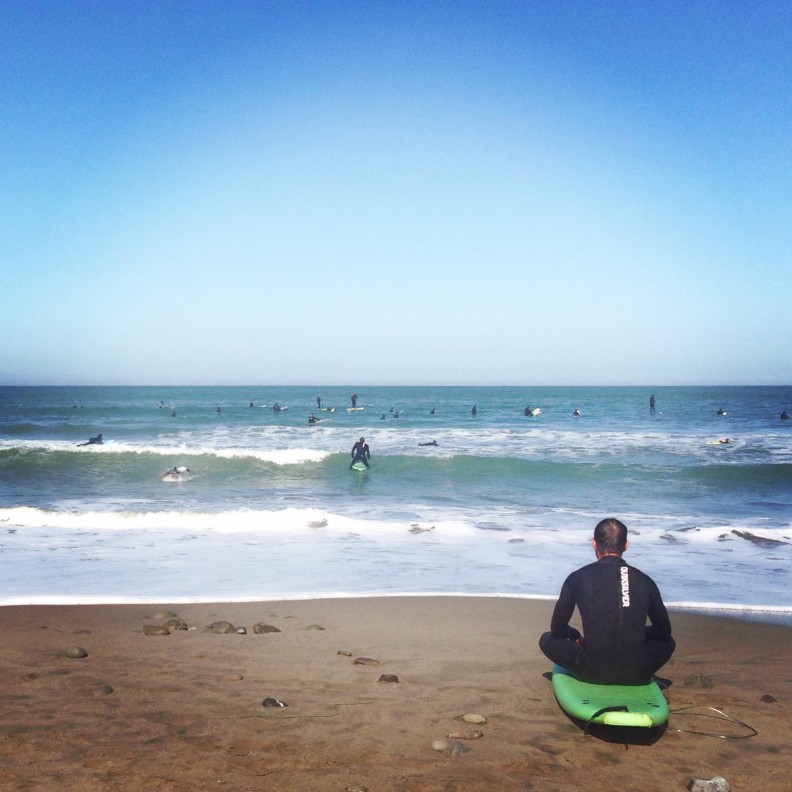 On Saturday morning I had a nice walk on the beach and saw a ton of surfers. We then dropped off our car at the airport, took the train to the city and checked into our Airbnb apartment. It turned out to be St. Patricks Day, with a parade going on in our street as we arrived. After making friends with some of our neighbors, we rented bikes, cycling over the Golden Gate bridge to Sausalito, where we had sushi at Sushi Ran. At night, we went out for a beer at Toronado. 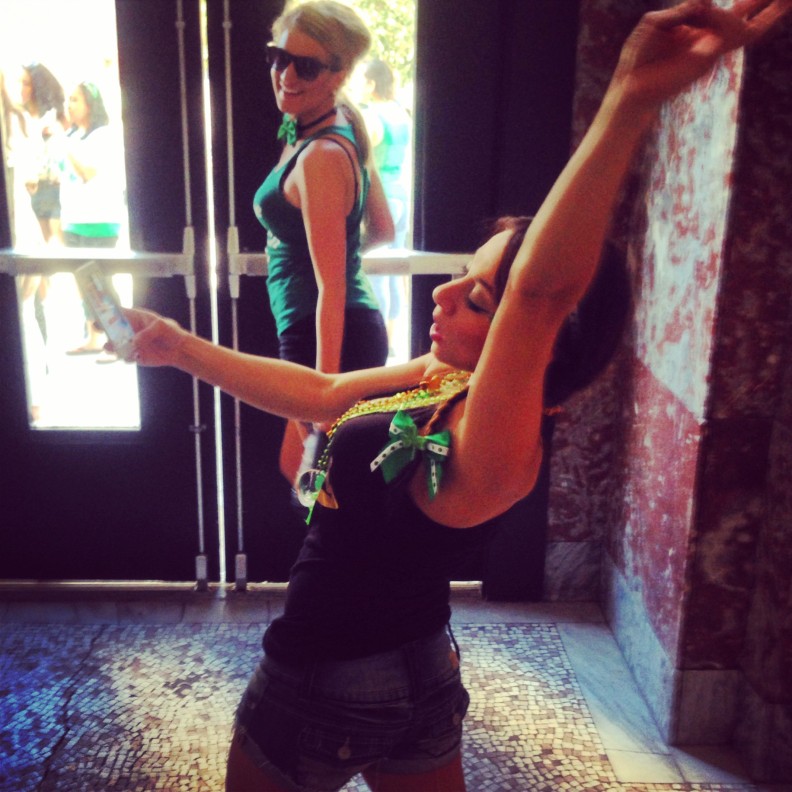 On Sunday, I did two game interviews: Ostrich Banditos, the HKU group behind Westerado, and Mahdi Bahrami, the Iranian developer studying at NHTV in Breda, who is making Engare. Both are IGF student finalists. At night, I wrote up an article about them, which should be in nrc.next soon.

I also found the time to have a long lunch break with my old friend Takashi Ebiike of Nintendo of Europe. And David and I had dinner with Robert and Holly at 54 Mint.

Next up: the Game Developers Conference!