De ochtend was first. On Monday morning, I was interviewed by the show’s two hosts. This went quite well; the item is available online. Nooit meer slapen was second, on Tuesday night. From a phone conversation we had earlier on, journalist Anton de Goede played bits and pieces during a discussion he had with the host. Listen to it here by navigating to 25 juni; 01.00; around the 30 minutes mark. Not entirely happy with how this one turned out.

To stick with the theme of shameless self-promotion, I did a small refresh of this website, updating the front page and timeline, and creating a new game development services page. I even updated my LinkedIn profile, giving it a lick of ‘hybrid writer / video game romantic’ paint.

What else? On Monday, NRC Handelsblad published my article on games in the physical world. It tackles the Playful Arts Festival, the Bounden performance at the Amsterdam Apple Store, and – most of all – the Bunschoten escape room.

That night I visited This Happened Utrecht #20, where Kars Alfrink did a talk on Ripple Effect, the game I helped him make for Shell.

On Wednesday, nrc.next published three short game reviews I’d edited (by Harry Hol and Stefan Keerssemeeckers), clearing out the backlog built up after an involuntary football world championship break. Wednesday seems to be our new game review day at the paper; it used to be Thursday.

On Thursday, I visited the NOS to get acquainted with NOS op 3. I doubt that anything will come from this, though it was a fun, high-energy meeting.

After that, I took the train to Two Tribes to do my bi-weekly check-up with their new 2D space shooter. Stefan and Tuur of SonicPicnic, who are doing the game’s music, were there too, allowing us to discuss theme and feel a bit. I came up with a good candidate for the game’s title.

On Friday, I had pancake lunch with Dimme of Monkeybizniz, after which I playtested Kars’s drone card game prototype (code name ‘Kegani’) together with Tim Bosje and Martijn Frazer.

Finally, I played Valiant Hearts, which is interesting because it’s a game about the Great War that started almost exactly a century ago, and because it’s not a shooter. Not sure what to think of it yet, though. It’s subtly beautiful as often as it is hamfisted and just… off. 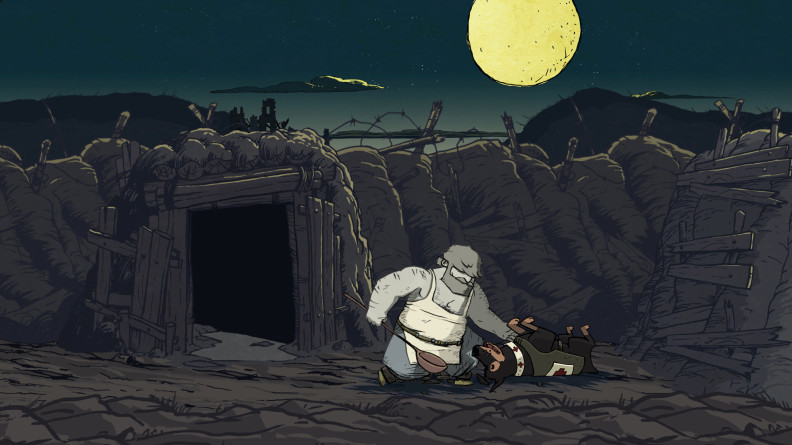