Well, last week, the plan came together! The entire team’d worked hard to finish the first public prototype of Geometry Girl. Saskia delivered final symbol sprites, Tuur and Yorick from SonicPicnic produced some last-minute audio and Maurice did an impressive amount of late-night, last-minute coding. I tweaked the text of the two chapters we were going to show and played around with the audiovisual hooks. 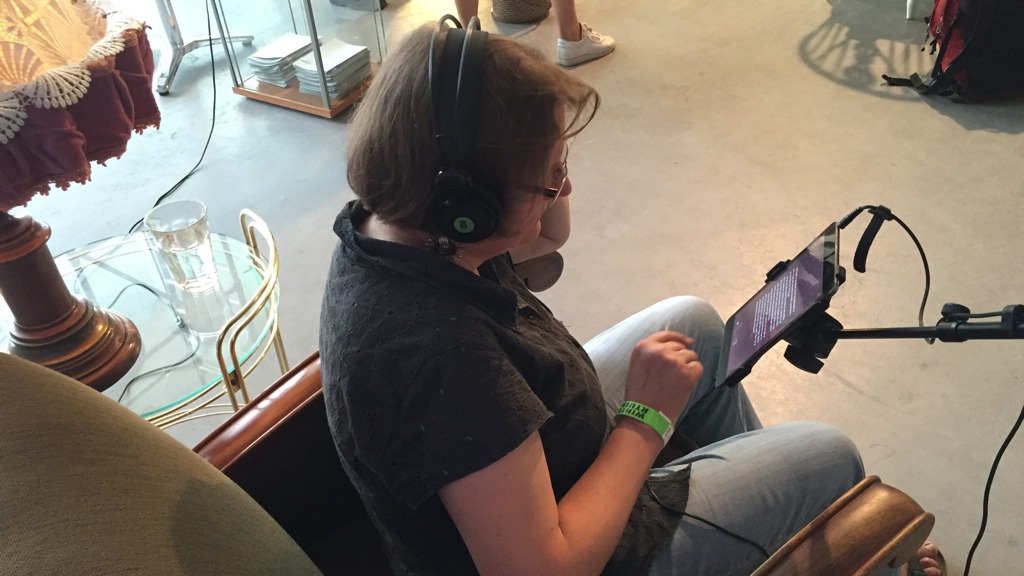 On Friday, at The Future of Publishing Summit, the organisers created a nice reading corner where real people could give my app novella a try.

I’m not sure why this was something of a surprise to me, but instead of playing around with the app, everyone just started reading. (Which is a nice counter to the criticism I heard whispered, that my work is somehow more about the form than the content. I’d say it’s about using form to emphasize content.) If you want to be a beta tester, let me know. 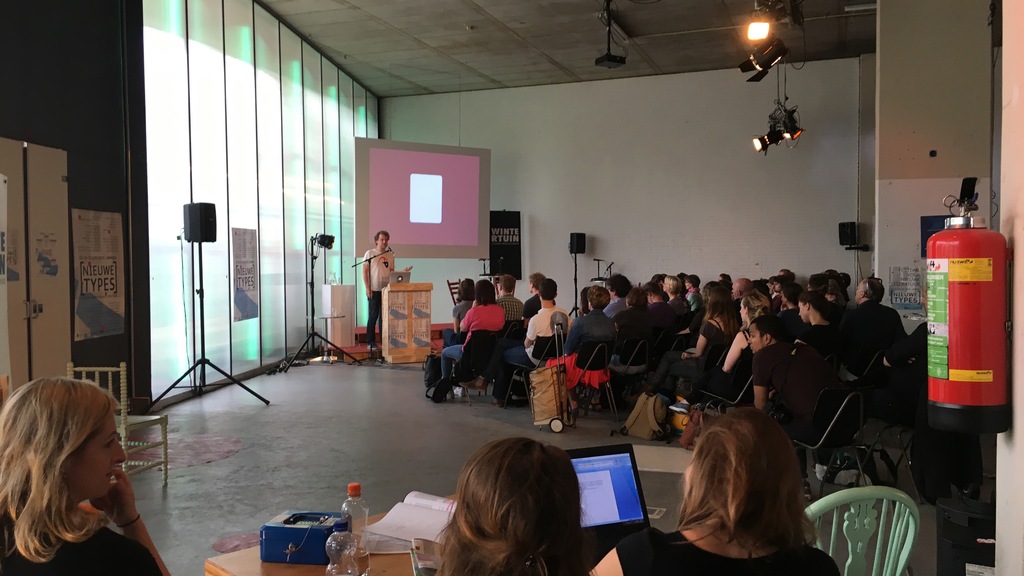 I’d also been preparing my presentation for the same summit, a part of the Nieuwe Types festival in Arnhem, during which I sketched my vision of writing a decade from now. (Photo by Tim.) The prototype, of course, represents a step towards that future. Maurice and Tim were in the audience to represent the team, which was great! 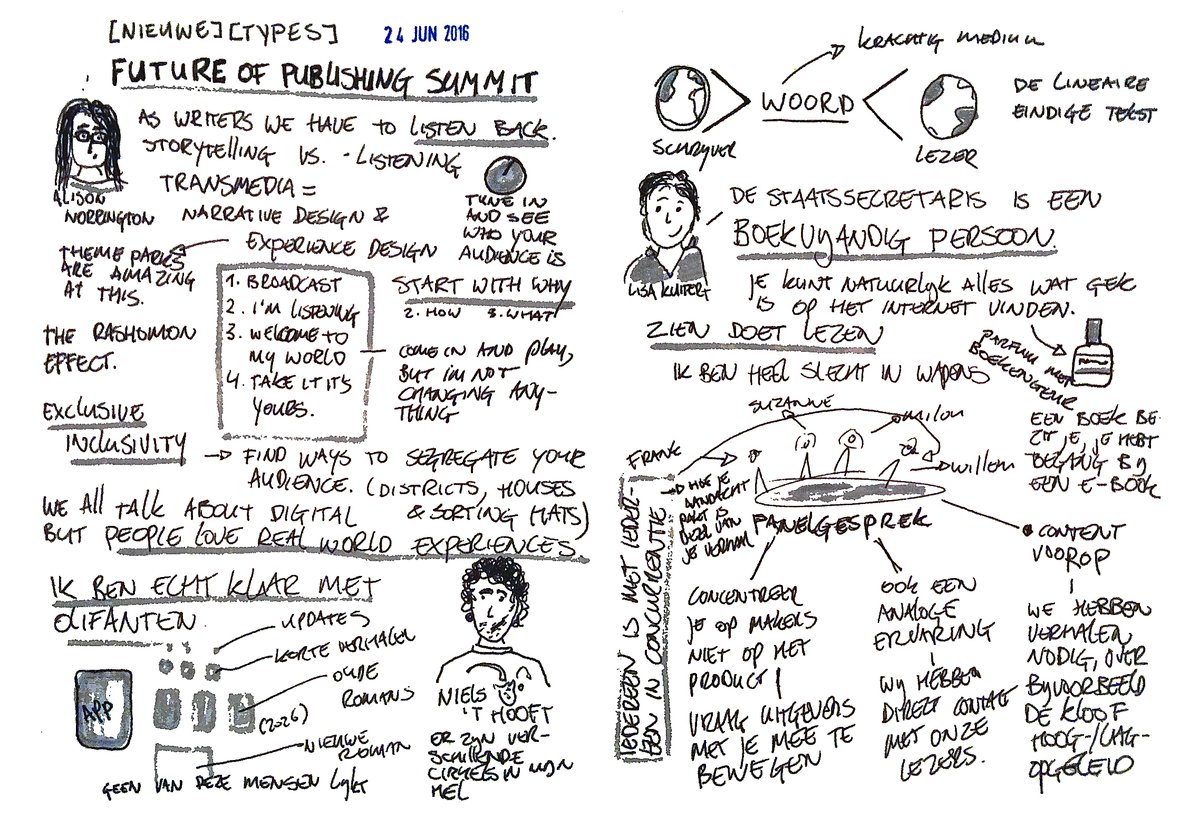 The summit was rounded off by two other presentations and a panel discussion, that were interesting for sure. (Sketchnotes by Dennis.)

I returned to Arnhem on Saturday for the presentation of this year’s ArtEZ creative writing graduates, including the student I mentored, Dore van Montfoort. This made me super proud, like a surrogate dad. Her graduation work is now online for you to try. Please be aware that it’s a seriously long piece of interactive fiction: Homunculus 0.9. Enjoy!