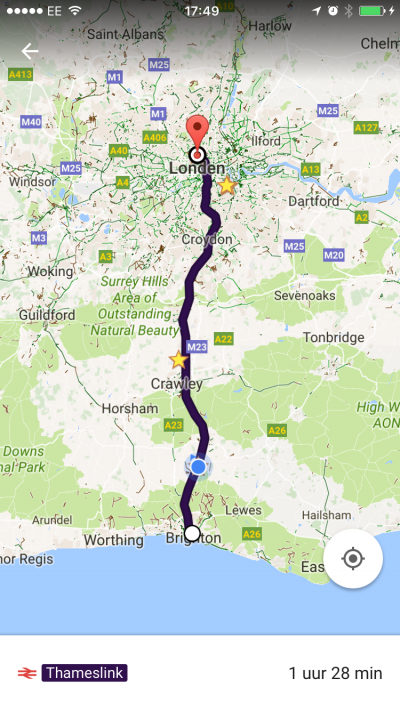 This week on Thursday I traveled to post-Brexit England for a couple of days. My trip pretty much took place on the stretch you see to the right. I landed at Gatwick Airport, visited Saskia at Goldsmiths University, caught up with Martijn and Jo and stayed at their house a.k.a. the Snap Finger Click office.

Martijn and I attended the exposition and some of the talks during WordPlay London at the British Library (photo below by Martijn), which was interesting but also leaned a bit too much towards interactive fiction for my tastes. My friend Takashi joined us there too, and I had dinner with him afterwards. I’m back at Gatwick as I type this, waiting for my plane home. 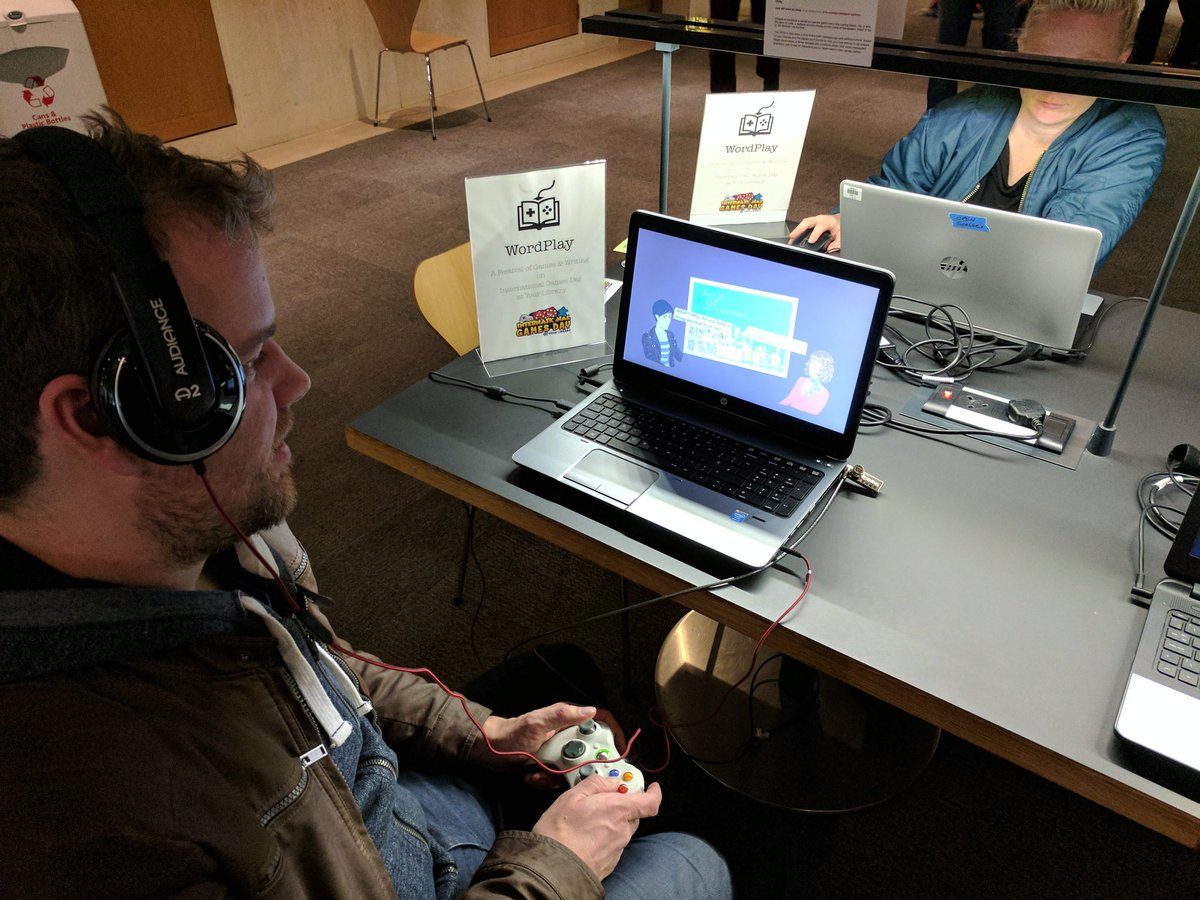