With these weeknotes I publicly track and archive my work. 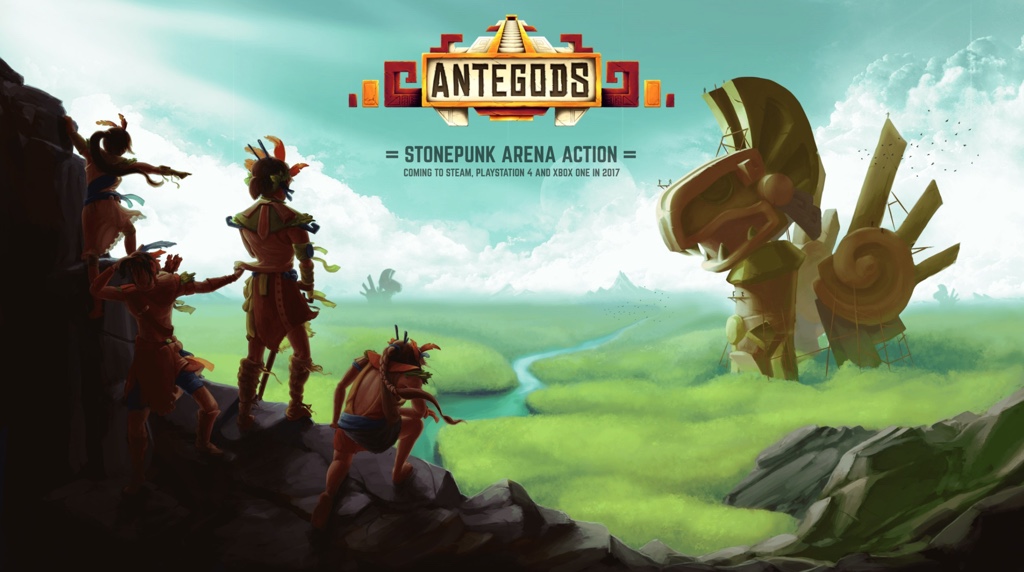 Antegods is the ‘stonepunk arena action’ multiplayer game (and comic book) I’m working on with Codeglue. This week I spent a day drawing speech bubbles and lettering the comic, which was drawn by Robin Keijzer (as opposed to the above concept art, which was drawn by Tom Rutjens) and I also edited a blog post about the game’s audio by Rik Nieuwdorp.

RIVE is a 360-degree platformer/shooter for Steam and PS4, for which I created the world, story and dialog. This week I was at studio Two Tribes for two days, where among other things we got together with games scientist Joost and student Tiina, who will be diving into the game’s marketing.

Geometry Girl is my upcoming app novel, a new literary story taking the shape of an innovative piece of software. This week I made a list of to-do’s for the engineering department, including detailed designs and descriptions. It’s the final stretch, but there’s still a lot to do.

Every Wednesday night I #hobbydev with my friend Hessel, working on personal game projects together alone. This week I was still stuck on a data problem in my autopilot roguelike. The next day I took another approach… to then completely lose myself in the project for probably too long.

What else? I met up with Joni van der Leeuw from Abbey Games, talking about the creative process and Nintendo games. I also wrote Sinterklaas poems, as my family and I celebrated this national holiday on Saturday.