I attended a hackathon

With these weeknotes I track and archive my work in public.

This edition goes back three weeks, and a lot happened even though I’m still running at half-speed. I really want to return to the weekly rhythm, like it was for years before the damn surgery. People are telling me I can’t rush things, so we’ll see.

Last week I attended a hackathon at the VPRO, focusing on digital literature. In two days, my team (with 2 friends and 2 unknowns) made a prototype and presentation for a new kind of literary magazine. ‘Krek’ is designed for quick bursts of quality, context-sensitive poetry and prose, and looks hot as hell! I’m quite proud of our teamwork and results, and was amazed that I wasn’t a tired wreck afterwards. 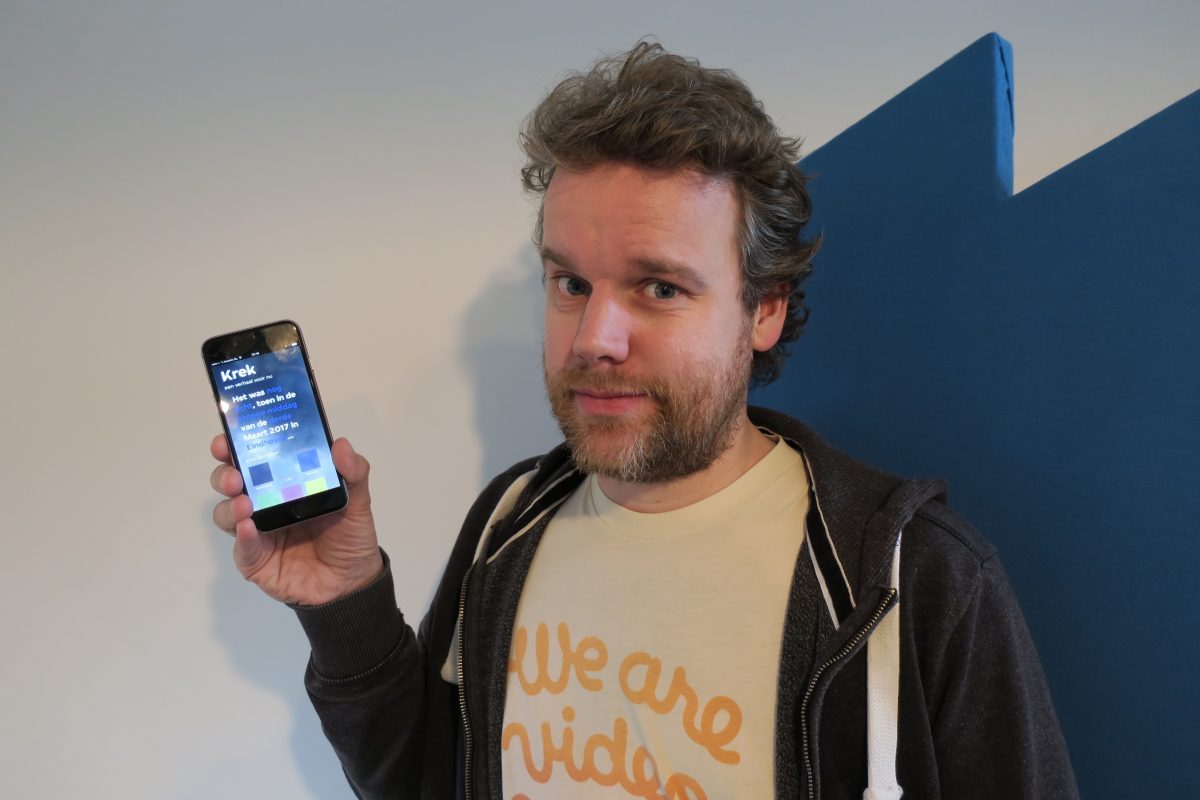 Antegods is the ‘stonepunk arena action’ multiplayer game (and comic book) I’m working on with Codeglue. I lended a hand setting up the Fig crowdfunding campaign that’s launching today and that you can help announce!

RIVE is a shooting/platforming game for PS4 and Steam, for which I created the world, story and dialog. Recently, I helped push out the game’s latest update (featuring bug fixes and 5 new languages) and announce the upcoming Nintendo Switch version! The game was featured in the Humble Monthly, a popular subscription service, so it got a huge wave of new players over the past few days.

Radio Laika is a monthly mini-mockumentary I make for literary audio magazine Ondercast. I write it, record some of the voices, send parts off to actors, and stitch the whole thing together. The latest edition is called ‘Noodkreet’ (‘Distress Call’) and was featured in Ondercast #34.

KVB Boekwerk is a ‘knowledge and innovation platform for the book sector’. Together with Paulien and Emma I prepared for a scan of innovative digital literary projects worldwide, and I’ll really get to work on it this week.

What else? I attended the kick-off of startup competition Renew the Book, had lunch with Sigfrid, and dinner with David and Arjan. I also got a Nintendo Switch review unit, which I wrote about for NRC. My first newspaper article in nearly two years! (Spoiler: it’s a promising piece of hardware, and the new Zelda is great.)