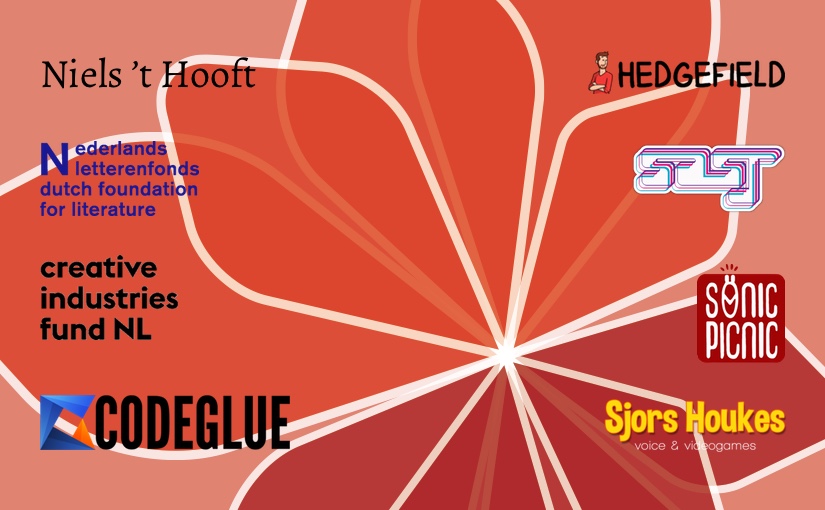 Geometry Girl is an app novel currently in development. It’s a reading app in Dutch and English, with tasteful audiovisual and useful mechanical enhancements, that tells the story of a budding game maker trying his luck at an infamous trade show in Los Angeles.

It’s also a research project looking into the possibilities of digital writing and reading. During all phases of the creation process I’ll try various interesting things, work with others, and document my sources, considerations, experiments and results on this website. Check out the research plan for an overview of what I’m interested in; the idea is that the app novel helps focus the research, while the research inspires the app novel.

Along the way, I hope to map out existing methods and tools, and develop new ones, so this site should become a useful resource for others, too. If you want to get monthly updates, linking to the new stuff you’d otherwise miss, please subscribe to the newsletter.

My name is Niels ’t Hooft, by the way. I call myself a hybrid writer, which is a fancy way of saying I combine traditional writing with other stuff . For example, I ‘read tested’ my third novel De verdwijners (The Disappearers) and built an experimental iPad app for the tenth anniversary of my debut novel Toiletten (Bathrooms). I also podcast-interview Dutch authors about their process and side projects. Geometry Girl is my most hybrid project yet.

For this project I have received funding from the Dutch Foundation for Literature and Creative Industries Fund NL, and I work with Codeglue, SonicPicnic, Tim Hengeveld, Saskia Freeke, Sjors Houkes, and others.

Final note: I brazenly started this project asking myself why writers weren’t doing more with these infinite digital possibilities. Well, the first thing I discovered is that writers (and designers, publishers and other entrepreneurs) are actually doing a lot, it’s just scattered around, sometimes hidden quite well, and often not exactly what I was thinking. Still, I’m far removed from being aware of everything relevant, so if you have anything to add – or want to work with me on this – absolutely do get in touch. I’d love to hear from you. 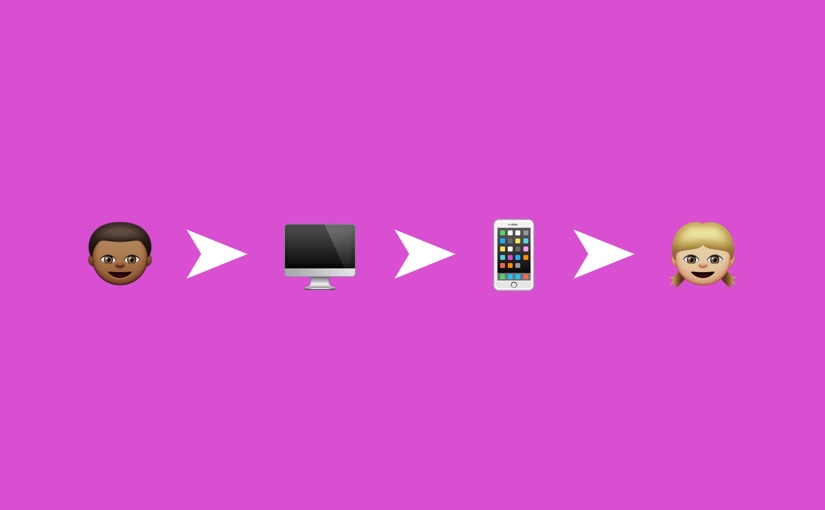 Clearly, the phenomenal success of touchscreen devices, especially smartphones, creates a great opportunity for literature. Just ponder, for a moment, the fact that a significant portion of the global population now carries gadgets with color screens, stereo sound and an always-on internet connection.

So why are most current electronic books vanilla EPUB files, consumed in clunky software? Of course there are more ambitious projects, but these are often highly visual and/or interactive; they’re made for kids or small niche audiences. I see a sweet spot of enhanced digital literature still recognizable as such – text-based, linear, finite – that’s not being adressed right now.

And that’s just the consumption side. While interviewing Dutch novelists about their practices, I noticed that most are still writing in huge Microsoft Word files, backed up manually, finally sent off to their editors. A painful back-and-forth with different annotated versions usually follows, with copy editors penciling in the final edits by hand. The entire workflow is centered around the print book; it’s eerily last-century.

The question I’m trying to answer, then, is something like this: how can digital technology be used to improve and integrate the process of writing, validating, publishing and reading linear, longform literature? During the creation of my app novel Geometry Girl, I’ll study the possibilities at every step of the way, and where feasible will stage experiments, which I’ll report about on this site. For starters, here’s an overview of the research areas I’m interested at.

Pre-production is all about iterating on a literary story. In this case it includes creating a radical new version of an existing text (the prehistoric version is included in the above link), but mostly I mean developing the story before even starting to write.

I’ll map out common methods like (and tools for) note-taking, brainstorming and outlining, but also less common ones like pre-visualising the characters I have in mind, organising story workshops, performing story soapboxes and getting together in braintrust-like story groups. And, shock-horror, I’ll even use traditional literary source texts, the old-fashioned way.

The question here is whether all of this leads anywhere; to different, better content preferably. It’ll also be an exercise in public writing, something I haven’t done to this extent. Other than the content-driven approach I want to find out whether it helps to generate interest in my work.

For the production – the actual creation of the literary text – I’m not just interested in writing strategies and writing software, but also in file formats, mark-up languages and version control. I’ll even look into some alternative paths like interactive fiction and literary games, because they’re near and dear to me, but I’ll then probably disregard them for this project.

The main question, again, is how these tools and methods can help to write better (and again, writing in public plays a role). But I also want to look into integrating the production more tightly with the distribution and visualisation of the text; can the document the novelist creates be exactly what the reader will download and read?

I’ve concluded that to control the entire trajectory, and to freely experiment with all its elements, I’ll need to develop my own (personal) app platform. And I’m guessing that, in the author-centric landscape that I feel would be healthy (and perhaps even necessary), such a platform would be the way to go for many other writers too.

Ergo, this area of my research is all about looking into various design tools, prototyping apps and software frameworks, and then actually building what’s necessary for the production and distribution pipeline, as well as the user-facing app.

The question is not just whether my assumptions make any sense, and whether my plans are feasible (for my own purposes), but also how the resulting software can be made modular and used by others. And whether that indeed makes sense for them.

When I talk about a ‘platform’, I mean a personal author platform through which I communicate with my readers, and distribute my work. With it, I should be able to present Geometry Girl in a modular fashion, with a separate audio version or a bundle of these research findings besides the main story.

But its architecture should be flexible enough to open up a wealth of possibilities in the future: I want to be able to post newsletters through such an app, sell short stories or even subscriptions. And also: track reader behaviour and ask people to participate in questionnaires, to get a sense of how people react to my writing, expanding on my De verdwijners (The Disappearers) read test.

Not only am I interested in all the ways readers and writers would benefit from such a setup, I also want to see what it’ll do with my relationships with the traditional literary value chain, including publishers, literary agents, and bookstores. Consider, for example, that a story distributed through such an app could include multiple language versions.

This area is all about how the reader will actually be reading Geometry Girl, asking questions like: how can the typography on touchscreen devices of various sizes be optimized? Can audiobooks be integrated better? How can we use other audiovisual enhancements, without taking away from a text’s imaginative power?

Can standard e-reading features like progress indication, bookmarking, highlighting and notetaking be improved upon? How will the navigation of the reading module work? Can the mechanism of the Toiletten (Bathrooms) app be improved upon? (I think I know the answer.)

And if all these aspects are radically changed, will the app be too different from the norm? Can we fix this like a game developer would, with a tutorial? Actually, I’m pretty sure the electronic reading experience can be improved, but I wonder whether readers will care enough about these improvements that they’ll want to adapt to them.