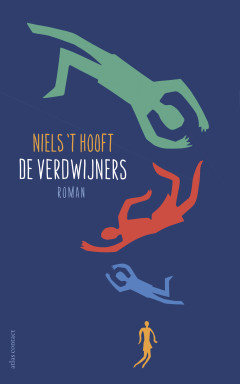 During the week, I made a plan for the last tweaks to my upcoming novel De verdwijners, which should come out this summer. This week, I’m applying the changes.

On Monday I was interviewed by Emmie Kollau of VPRO’s De avonden, a radio show on cultural affairs, about the video games that were added to the MoMA’s permanent collection last year. Later in the week, the interview was broadcast in four parts: part 1, part 2, part 3 and part 4. Each episode of the show starts with my segment, in Dutch, obviously.

I also wrote a column for nrc.next that day, which appeared on Tuesday: Vergeet Glass, denk Rift. Later in the week, I did a review of Metroidvania style platformer Guacamelee, which didn’t appear until this week. They did print my review of GPS game Strut on Tuesday, and for some reason they printed it again on Friday. (To be clear, this was a mistake.)

That night, I did my quarterly taxes.

On Wednesday, I joined the Ripple Effect team at Hubbub, trying to determine the shape of the full version of the process safety game we’re making for Shell.

Later in the week, I wrote two entries for experimental writing game Victory Boogie Woogie: Ik denk het telwoord and Zin om naast je te komen liggen. Late in the afternoon on Friday, I had another editorial team meeting for this game in the banana republic called Amsterdam.

On Saturday, I watched Event Horizon again with Hessel. That was an interesting experience. It was one of the films that made a big impression when I first got into the movie-going experience (I was 17 when it came out). I’m not sure whether I’d already seen science fiction classics like 2001, Solaris and Alien back then, or any of the haunted house movies it takes it inspiration from, including The Shining. Perhaps more than enjoying Event Horizon, I was enjoying the films it channels. Also, I’d somehow failed to notice its weird editing… and numerous other flaws.