Last week, I finished transcribing and editing my interview with Martin de Ronde of Vanguard Games, the Dutch studio that made the touch-based top-down shooter Halo: Spartan Assault. The article will be published in nrc.next.

I also finished editing my email interview with Derek Yu of Mossmouth, the studio behind Spelunky, one of my favorites from 2012, which just came out on Steam and will be released on the PlayStation platforms later on. One segment of the conversation will be in in the next issue of the Dutch Official PlayStation Magazine, and I hope to publish the rest elsewhere. 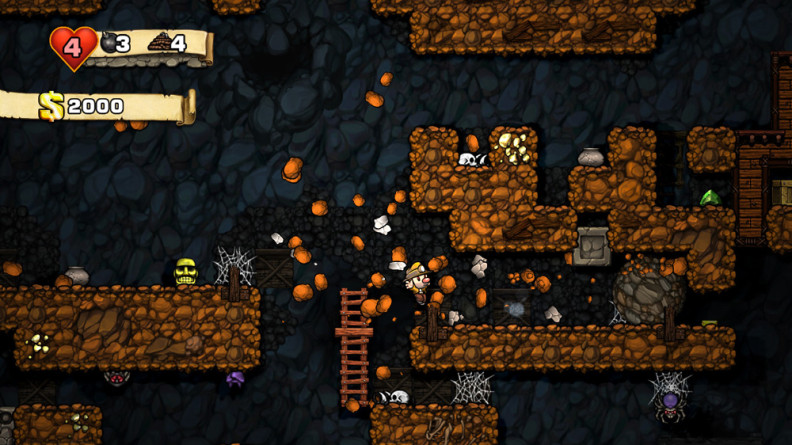 My previous interview, with Shigeru Miyamoto, went somewhat viral, with dozens of (international) sites linking to it. I even discussed my (admittedly quickly written) intro with the residents at a site called Player Essence. Aside from one obvious troll, this was a surprisingly pleasant experience.

In other news I received my copy of De verdwijners… the comic book from the seventies. I have to say it’s a bit disappointing, dealing with aliens that steal household appliances in a small villages. This could’ve been so great!

I played some Civilization V: Brave New World, too, which will hopefully lead to a review later on. And, oh yeah, I did my income taxes for the second quarter. Exciting stuff!

There were some meetups, too. On Wednesday, I visited Codeglue in Rotterdam. I talked with co-founders (and old friends from my GameSen days) Peter de Jong and Maurice Sibrandi about the idea of working together on an innovative reader app.

After that, espresso with Arjen de Jong. We discussed the idea of some ARG activities around De verdwijners (the novel, not the comic book).

Thursday night was game development night with Hessel Bonenkamp. I made it my goal to finish my walk animation (regardless of how happy I was with it), and implement it in my game. After I succeeded at this, I also implemented the animation in someone’s freeware Game Maker platforming engine. Still not sure where I want to go with this.

On Friday, I tried to visit the press preview of the Bosch Art Game, but couldn’t, because of transit troubles. I think this is the first time I couldn’t get somewhere thanks to the Dutch Railways, at least since I started my weeknotes, so thanks to them for all the times they did make it work for me.

On Saturday, I left for a mysterious location in the eastern part of the country, where I’ve been playing in the garden, building space ships with Lego, and cycling with my parents-in-law. It definitely feels like vacation, even though some work stuff is ongoing, like the very weeknotes you’re reading. It’ll last for at least ten days.