Last week, like the week before, was mostly filled with writing for Taskforce Innovatie’s publication about the SEA project, with work mixed in for a new client that I can’t disclose right now. This time, I was actually finishing things, so generally speaking, I started to feel a little better.

There was other stuff too. Monday night, I spoke at This Happened Utrecht about the design process of my novel De verdwijners. They just put up a video of the whole thing. The photo below was taken by Matthijs Roumen. 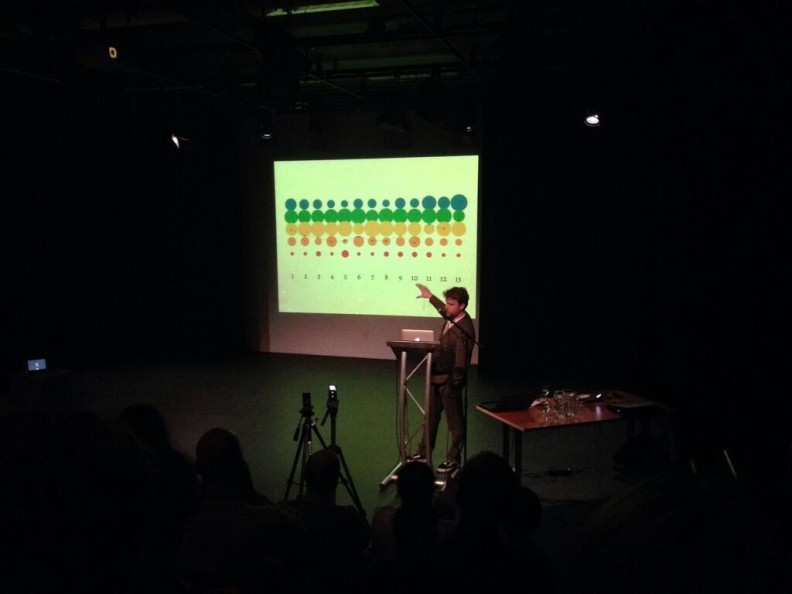 On Tuesday, I met with SonicPicnic to brief them about the iPad novel with audiovisual elements I’m hoping to make one day (maybe next year), Ninja Gimmick Girl 2.0. They seemed enthusiastic, which is good.

On Wednesday, I wrote up my hands-on impressions of the PlayStation 4, which were published in nrc.next and NRC Handelsblad the next day, accompanied by Arjan Terpstra’s Sony interview in the latter. nrc.next also printed a review of Luxuria Superbia by Rogier Kahlmann, which I’d edited. 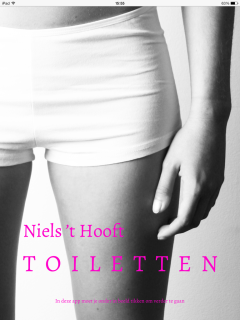 The same day I submitted my first app to Apple’s iOS App Store, the iPad version of Toiletten. It’s the full text of my debut novel combined with an innovative reading system, developed by Codeglue, with a voice-over by Sjors Houkes and photographs by Karlien ’t Hooft, who also happens to be my sister. A screenshot of the app’s title screen can be seen to the right.

That night, I did an abbreviated version of Monday’s talk at Ignite Amsterdam.

On Thursday, I visited the Dutch Foundation for Literature together with Codeglue’s Peter de Jong, to answer some questions that will help them to decide whether Ninja Gimmick Girl gets a grant.

On Friday, I visited Sticky, where Jeroen de Cloe talked me through their The Hobbit game Barrel Escape. Our conversation should become a newspaper article pretty soon.

Over the weekend, I celebrated an early Sinterklaas with my family.