Last week I spent a significant chunk of my time on my hybrid writer’s research, mostly organizing and looking into notes I’d taken over the past year or two. The plan of what I’m going to do exactly is slowly shaping up. I even made some sketches that got me more than a little excited. 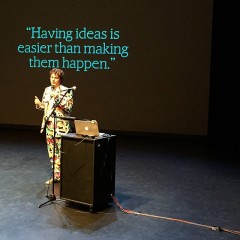 Monday night, I attended This Happened Utrecht #22, which was entertaining and educational as usual. This edition included talks on Dutch games Bounden and Cucalu (both of which we covered in nrc.next when they came out) and a talk on Pebble app Next Train NL, which was an eye opener regarding watch app design for me. (To be precise, the pairing of Apple Watch to iPhone now makes more sense to me; even if it were technically feasible you wouldn’t want the watch to be stand-alone because it’ll limit interactions too much.) 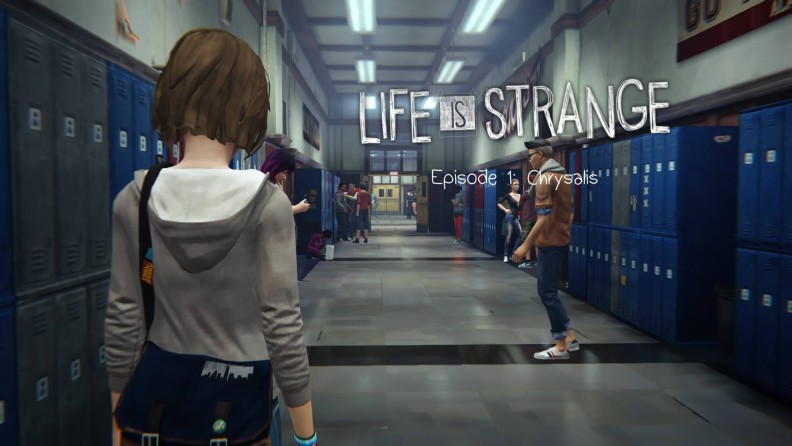 I then cycled home quickly to play the first episode of adventure game Life is Strange, which I enjoyed. On Tuesday I wrote a review of it for nrc.next, which hasn’t been published so far.

On Tuesday night I rewatched Mean Girls, the movie, which turned out to still be a favorite, and played the new iOS game based on it, which sadly is about as terrible as you’d think it would be. I did a quick draft of a newspaper article based on my experiences, and will finish it this week.

Wednesday night was #hobbydev, my weekly game development get-together with Hessel. I got the magnet in my isometric crane game to ‘focus’ on green blocks in Game Maker, which I couldn’t get to work earlier, for reasons that still delude me. This made me so happy that I spent more time on the prototype later on, getting the magnet to actually, somewhat glitchily, pick up and drop blocks.

On Thursday I met up with David Nieborg in Amsterdam to talk about health and work, which was like a live version of my weeknotes. I then visited the Codeglue office in Rotterdam; it seems like I’ll be helping them with their upcoming game Antegods. (They’re also a partner in the hybrid writer’s project.) 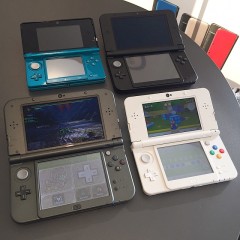 On Friday morning I gave the New Nintendo 3DS XL a spin at the Nintendo office in Nieuwegein, after having tested the regular New Nintendo 3DS at home. I wrote a short piece about this for the paper, which appeared today.

After that I visited Two Tribes to check out the progress on robot hacking shooter/platformer RIVE, for which I developed the backstory, and for which I’m currently writing the in-game text. Instead of telling you all about the ins and outs, you can just check out the new trailer we put out last week.

That night, I had a Skype call with Erwin Vogelaar, who’s making a new games podcast. For this he interviewed me – in English – about a game (series) that has a special place in my life and work. 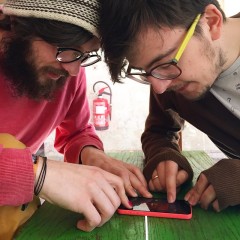 On Saturday I drove to Antwerp in Belgium for Screenshake with Bram Ruiter. There I interviewed Benedikt and Marius of Major Bueno, who are touring Europe for a series of game jams, and observed them while making a multiplayer racing game with Adriaan de Jongh. I also tried a couple of interesting games, attended a bunch of talks, and had dinner with friends and friends of friends. In all, it was a nice day at a nice little indie games festival.

Finally, on Sunday, I finished my very last article – a profile of Rockstar Games – for the Dutch version of Official PlayStation Magazine, which is unfortunately shutting down. OPM was one of my first clients after n3 Nintendo Magazine shut down more than a decade ago; without them I might’ve ended up in the gutter. Years later, they let me publish the fiction serial Ninja Gimmick Girl on their pages, which is now the foundation of my upcoming app novel Geometry Girl. So I have a lot to thank them for, especially former editors-in-chief Sven van de Perre and Youri Loedts.