With these weeknotes I track and archive whatever it is I spend my time on. They’re public so you can keep me in check.

Last week I put together a second ‘moon plan’, for the month-long period starting last Saturday, the day after the new moon. So far adding a layer to my schedule has the desired effect: I have a better grip on medium-term goals and there seems to be a more natural cadence to everything. However, it’s hard to tell whether the good vibes are the real deal or just emerge from the excitement of a new scheduling trick.

Much time was taken up by my rush to fit a draft of all my story content into RIVE, including the usual trip to Two Tribes on Friday.

I also worked on Geometry Girl, mainly testing background and text colors, as well as mark-up stuff. I visited Hoog + Diep again, where Tjeerd was putting in good work developing the first version of the app; at the same time my anxiety about everything he won’t be able to do grew, as he’ll work on it for only one more week. Such is life. 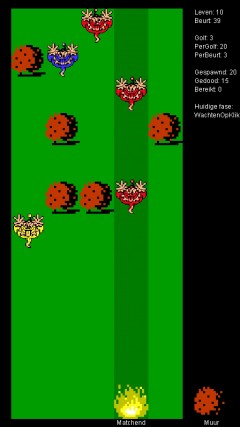 Tangentially related: I was inspired by Tjeerd’s use of Trello, not just tracking To-Do’s, but documenting his work too. I borrowed this for my #hobbydev puzzle game (called ‘exploshooter’ for legacy reasons), so I could now tell you exactly what 5 tasks I checked off on Wednesday night and what 3 during my extra session on Saturday night. I won’t, but I’ll share a screenshot for posterity. (The assets are borrowed placeholders. And if you thought “it sure looks ugly, but maybe it’s fun to play”: nope.)