Last week was all about my financial administration. I’d cut some corners when I reported my previous quarterly revenue taxes, so this time I had to dig a little deeper and get everything sorted out. Now 2015 is not quite closed yet, but I’m almost there. I designed a new invoice for the new year to celebrate, with the crashing starship in its header, obviously.

The boring stuff was offset with entertainment, as I went to see The Hateful Eight in the special 70mm cut in Eye. I enjoyed it, especially the sense of Tarantino directing not just the movie, but the entire show, starting with a way too long ‘overture’ (just a static graphic set to a bombastic score) and an intermission of exactly 12 minutes at exactly the right time. It feels like an author at the height of his power, knowing he can control the whole thing. You can take a negative view on this, of course, and it’s certainly arrogant, but for me it did help to get into a movie that takes its sweet time telling a solid story. It really was an experience in the end.

I felt similar about The Witness, the first large-scale game I played in months, and the first in years I played for my personal enjoyment and inspiration only (although I downloaded it with a free, unsolicited code from a PR agency, so I still didn’t have a ‘normal’ experience). Like the 70mm presentation of The Hateful Eight, Jonathan Blow’s puzzle game emits a sense of confidence. You’re forced to take your time, settling into a mood and energy completely different from most games, solving flat logic puzzles on a lush 3D island. 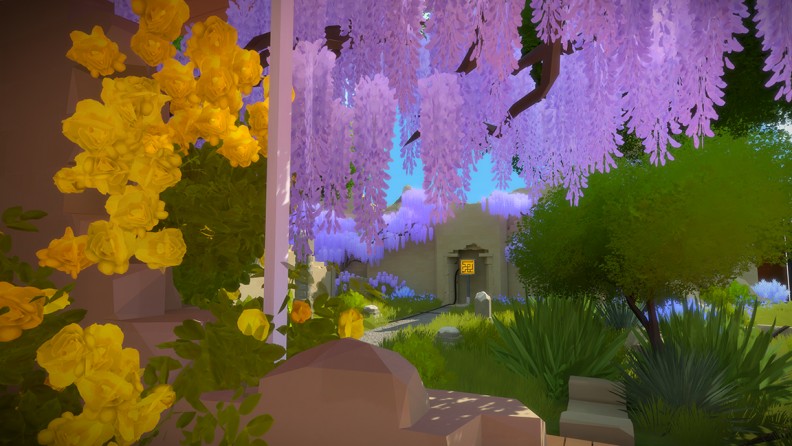 In contrast with Tarantino’s eighth film though, I’m not convinced it’ll pay off in the end. Yes, I appreciate the puzzles’ growing complexity, and their variation. It totally feels like the designer ‘fully exploring the possibilities of an interactive system’, as Blow’s discussed previously. Yet I’m still solving sliding puzzles all the time. And while I enjoy exploring the island, I don’t like the (rare) writing. Perhaps there’s more to it; I’m not giving up yet.